I’m very pleased to announce that The Scrumping Project video has been picked up and posted on the renowned ( in the photography world) Photo Archive news website and sits proudly alongside articles on legendary War photographer Robert Capa and the historic ‘Life’ Magazine.

Here is the Link

The Scrumping Project spent a lovely saturday morning handing out flagons of cider, as promised, to the people who have donated/supplied apples for the first years project. It was really important to say thank you to all those you supplied us with apples etc. We are looking forward to handing out a few more flagons this week.

A bottle of forgotten fruit. 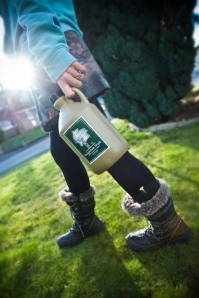 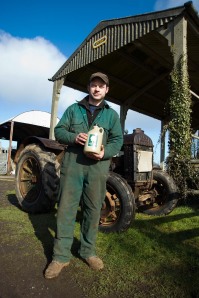 Mr Clark , Rock, with his Flagon of cider, We collected about three sacks of apples the would overwise go to waste from his farm

Mr and Mrs Grudgings, Titherington with their Flagon of cider, We collected about 19 sacks of apples that may of otherwise gone to waste, from there farm 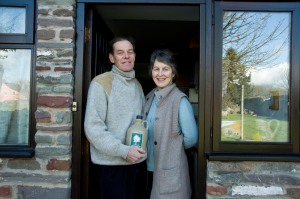 Mr and Mrs Crewe, Hambrook with their Flagon of cider, They donated 3 sacks of apples that may overwise go to waste from their Orchard

I was thrilled to learn this morning that my image of Glastonbury Tor is to be included in the National Trust’s 2011 calendar.
The funny thing is, it wasn’t the town’s iconic landmark that inspired me to pull over on my way home from a shoot in Yeovil, but the orchard nestled at the foot of the hillside.
Several years ago, while browsing one of Glastonbury’s many spiritual shops, I picked up a postcard depicting a beautiful watercolour painting of ‘my’ orchard in full blossom. I was certain that if I could find the artist’s vantage point, during the spring when the light falls gently, I knew I would have a great photograph. Fortunately, my work often takes me to Somerset, so I was able to take a little time out every now and then and circle the Tor looking for the exact spot. Sadly, over the years, my search proved fruitless and I decided the painter must have used a little artistic license in their work.
However, this was a scene I couldn’t forget. On a cold, windy Tuesday in the middle of winter, I stopped the car again – drawn, this time, by the naked orchard sitting under some pretty spectacular clouds – to take a few more frames. Though, my photo differs in many ways to the image I initially set out to capture, I’m incredibly satisfied with its composition and sense of drama, so it will do for now.
One day, the postcard’s illusive landscape might reveal itself.

A big thank you to all those who attended the event, sampled our cider, gave a donation, had a chat and signed up to the Scrumping Project.
We had a fantastic afternoon in the winter sunshine handing out samples and it was great meeting everybody.

The busy Willsbridge Mill during the Wassail event,

the site and checking your email.

Our stand was very busy all afternoon.

Some shots of our t shirts

We are only handing out tasters, but we are really excited and looking forward to some feedback.

We are also selling our Organic, Low Carbon t shirts and handing out information about next Autumn’s project.

Feel feel to come and join us, have a chat and taste the cider.

Some shots of our t shirts

A big thanks to Martin Thatcher at Thatchers Cider who let us bring down a sample of our cider so the Alcohol could be measured in their Lab. The lovely Lab technician Katy (did they named ‘Katy Cider’ after her?) did the test and it came out at a very respectable 7.06.

The also did a quick tasting for us and were very complimentary, stating that it had a very clean flavour.

We are really pleased

As the snow is here (seemingly forever), In between work shoots I’ve managed to visit a few orchards in the Bath and Somerset area’s. It was a little dicey on the country lanes, some resembling ice rinks, my car now has another dent after sliding into a farmers wall but hay ho, it still starts in the morning and as long as I don’t wash the car for a while maybe it won’t notice too much !

Anyway, here are a few of the images. 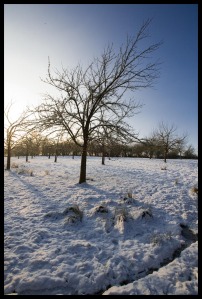 The Book is Launch this saturday at the chapel Bar in Bruton between 10 – 12 noon so feel free to pop in if your in the area, enjoy a glass of wine and maybe buy a book. It would make a lovely Christmas Present !

The Book is Launch this saturday at the chapel Bar in Bruton between 10 – 12 noon so feel free to pop in if your in the area, enjoy a glass of wine and maybe buy a book. It would make a lovely Christmas Present ! 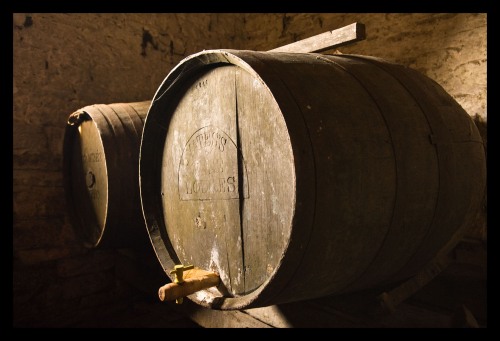 Three weeks after pressing our cider and with fermentation coming to a halt we were ready to rack off our first two (five gallon) tubs. It was a bit of a nervy process, especially as we were also going to be tasting it for the first time.

Hey, surprise surprise, it tasted fairly good, perhaps lacking in a little depth but not at all offensive. We were actually rather pleased with ourselves. We knew we had a good blend of apples and a good reading of around 1080.

We decided to take a sample down to Roger Wilkins cider farm in Somerset so that we could let an experienced cider maker taste our brew. It took a while to attract his attention ( it was really busy in the barn as it was Bridgwater Carnival day and everybody was stocking up for a lively weekend) so we had the usual generous taster from the barrel labelled ‘dry’. This made us very nervous as it tasted fantastic, mature, rounded, with a lovely deep lasting flavor. In comparison our cider was watery and fairly tasteless. When the time came I passed our sample to Roger fearing the worst but he was very kind and said in a few months it would be great. Thanks Roger. This perked us up, after all the cider is pretty young.

Now I’m no expert, but the thing about Roger’s cider and other traditional cider makers in the west country, is you not only get the taste of the blended apples in the brew but also the inherent flavour from the oak barrels where the cider has been maturing, probably for the past 10 months or so. The barrels look as old as the barn (see pics below including Frank Naish’s oak barrels) and have obviously been effecting and sealing in the flavor of the cider for years. Therefore what hope do we have of producing a complex and mature cider using only our sterile plastic tubs and plastic barrels ?

Will it ever taste as good ?

Maybe next year we should invest in oak sherry barrels imported from portugal or Spain. Now that would be an adventure. !

But for now we will wait for our cider to mature and hope for the best. 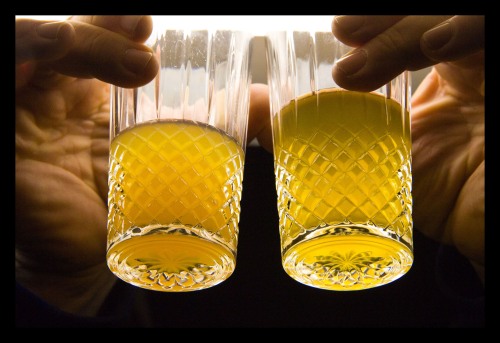 An Autumn Response
Blog at WordPress.com.